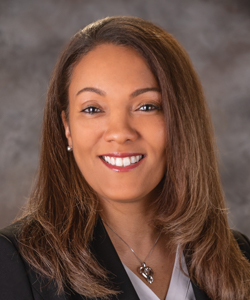 Prior to joining The Frazer Lanier Company, Tamika was a staff attorney for the Alabama Education Association (AEA). During her twelve-year journey with the AEA she served as the Executive Assistant to the Associate Executive Secretary and was later promoted to Legal Advisor for the organization.

Tamika was nominated by Governor Kay Ivey to serve on the Alabama Women’s Tribute Statue Commission. She is chairperson of the Montgomery Health and Wellness Task Force and the 100 Women Strong Committee. She serves on The Montgomery Academy Board of Trustees and the Hugh Maddox Inn of Court. She is a member of the Montgomery, Alabama chapters of The Links, Incorporated, Delta Sigma Theta Sorority, Incorporated and Jack and Jill of America, Incorporated. Tamika is a native of New Orleans, but has lived in Montgomery, AL with her husband Steven since 2006. They have three children – Kyla, Joe Klein and Karsten.